Creative Commons Indonesia (CCID) has been operating since 2011, with Ivan Lanin as the first chapter lead and Ari Juliano Gema as the first legal lead. It was subsequently joined by Alifia Qonita Sudharto in 2012, followed by Hilman Fathoni in 2016. They initiated the Creative Commons Community in Indonesia by growing its members through the SPCCID program in 2017–2019. As a result of these efforts, there are now seven active members of CCID who have been certified by CC HQ on the education track (CC Certificate program, Jan and Sept 2019).

CCID’s active members are invited to provide education and workshops on a variety of copyright-related issues, doing so on behalf of CCID, or otherwise serve as official representatives of the chapter at events. The CCID team has also conducted several projects in the open movement in collaboration with other organizations in Indonesia. The seven active members of Creative Commons Indonesia are as follows. 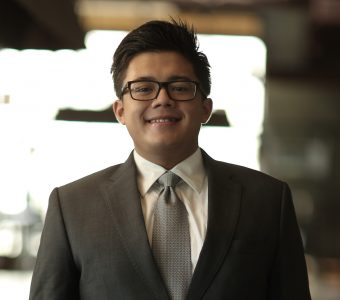 Bhredipta is currently active on digital laws and policies, as well as intellectual property issues. He has a strong interest in public international law, cultural heritage, and its intersection with the technology field. He is a member of the International Association of Privacy Professionals, a Certified Creative Commons Educator, Coordinator of Indonesia Youth Internet Governance Forum (IGF), and a member of the Indonesia IGF Multistakeholder Advisory Group.  He is a licensed Advocate at the Indonesian Advocate Association (Peradi).

She is currently the Chapter Lead for Creative Commons Indonesia. In 2020, she assisted the project manager with the OER for educators online course, a project funded by the Creative Commons Corporation. In September 2019, she attained her Creative Commons Certification, on the educator track. Since 2017, she has been supporting several projects of Wikimedia Indonesia, as well as being a direct contributor to Wikimedia Commons (as Fitri Penyalai). She is now working with a nonprofit entity in West Java. 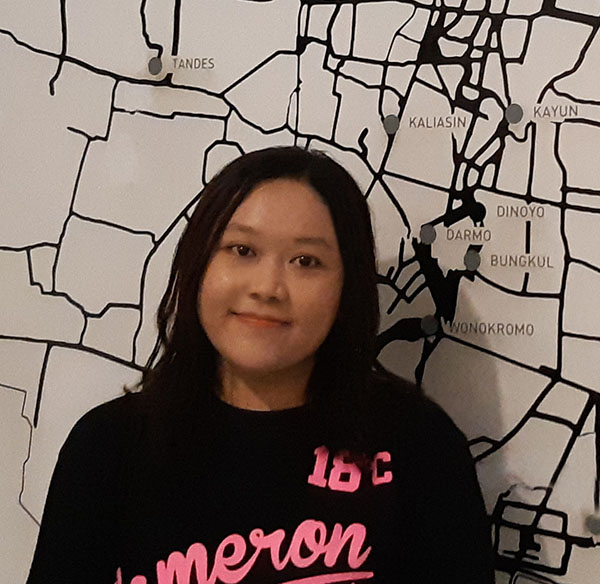 Florens Debora Patricia is an illustrator, artist, and academician. Florens’ animated GIF works and stickers can be found on several social media sites affiliated with popular GIF animation sites, such as Instagram, Facebook, Twitter, Giphy, Tenor, and Gif magazine. The details of her unique digital visual work can be visited on her personal website (flay.card.co) or her personal blog (flayravenz.tumblr.com and giphy.com/flayravenz).

Harsa is a law lecturer and attorney-at-law based in Indonesia driven by the intersection of law and cultural policy. Passionate about making knowledge accessible, he is a part of the Creative Commons Indonesia team, advocating for open content licensing and balanced copyright-related policy for maximum access to knowledge. He is also a member of Wikimedia Indonesia, supporting it in conducting Public Domain Day events.

Hilman Fathoni is a law graduate majoring in business law who has an interest in raising awareness about the social function of copyright law through open policy implementation. He gained experience in conducting facilitation, training, and consultancy about open policy implementation for a wide range of audiences such as academics, government officials, artists, educators, librarians, civil right activist, etc., producing blog posts, infographics, media social campaign, etc, and maintaining a partnership with a government body under the Wikimedia Indonesia for Creative Commons Indonesia project between 2016 and 2019.  In 2020, he initiated the making of an Indonesian public domain work catalog to boost the exposure and function of public domain works in Indonesia.

Leily is an ecologist and lecturer in ecology and conservation at Universitas Gadjah Mada. Passionate about open knowledge, she is also an academic journal development consultant with expertise in the adoption of open access, and as a certified Creative Commons educator, a go-to for the implementation of Creative Commons and its various licenses within academia.

Wahyu Setioko is a certified Creative Commons educator with expertise in teaching and learning in K-12 education and virtual environments. Wahyu has a strong interest in open education practices and OER. He has designed and taught open online courses as a part of the Open Education for a Better World (OE4BW) program organized by UNESCO. In 2020, he got a grant from Creative Commons and led our CCID team in conducting an OER online bootcamp for Indonesian educators.

CCID also has supporters, which are:

Joaquim Baeta is a writer and filmmaker primarily interested in documenting our planet and the people, plants, and animals on it. Along with Lelly, he also helps to develop academic journals, advising them on best practices and providing assistance on content direction, editorial design, and compliance with modern publication standards. A lifelong advocate of open content and knowledge, he plays a supporting role in CCID.

Raymond Sutanto is an Indonesian Wikipedia and Wikibooks contributor since 2010. As Education Program Coordinator (2018-2020) in Wikimedia Indonesia, Raymond managed several programs such as WikiLatih (wiki training for beginners), WikiPelatih (training of trainers), internship, and Proyek Respati (a retention program). As Competition program Coordinator (2020-2021) in Wikimedia Indonesia, Raymond created several writing and photo competitions in Wikipedia and Wikimedia Commons. With Nur Rahmi Nailah, Raymond also wrote a Wikipedia guidebook for beginners: “Jangan Mengutip dari Wikipedia! Panduan singkat bagi Anda yang tertarik dengan ensiklopedia terbesar di dunia maya.” (Do not quote from Wikipedia! A short guide to those of you who are interested in the largest encyclopedia in the world.)